If you’re about to select your first concealed carry handgun, it isn’t a small choice. There’s some stuff you need to know before paying for it!

Granted, be ready for the idea that you might not get it 100 percent right the first time. You might find later on that there’s a different gun that suits you later on. A lot of people start with a compact, like a Glock 19, but then decide later on they want something more like a Smith and Wesson Shield. Other people start carrying a 1911 and decide they like it so much they don’t want anything else.

Before you pull the trigger, so to speak, there are a few things you need to know about. Let’s talk about what you need to look for.

We’re going to skip talking about frame size, caliber, operating system (striker, DA/SA, single-action) and so on. In reality, those things are ephemeral; they don’t matter as much as you’d think. What matters is whether a gun is good for you or not, and whether you can operate it. The latter is up to you; we’re going to talk about how to determine what makes a gun good for you.

The first thing you need to look for in a CCW pistol is the fit.


This is true for any firearm. In fact, super high-end rifle and shotgun makers – we’re talking Holland and Holland, not Daniel Defense here; guns that go for house money, not 20-year-old Honda Civic parts car money – actually require you to be measured and fit for the gun.


So, what determines fit?


You should pay attention to three key areas of fit when it comes to your concealed carry gun, namely:


As for the top of the grip, you should be able to get a nice high grip on the pistol with the backstrap of the frame sitting over the web of the thumb, but there needs to be sufficient clearance to avoid the slide carving the hand.


Now let’s talk about the grip.


Open your hand and look at your palm. Notice the fleshy meat under the thumb (the thenar) and the fleshy part of the palm between the pinky finger and the wrist. (The hypothenar muscles.) This is what the pistol sits against. There needs to be as little daylight as possible between those parts of the hand and the gun. It should also feel good to you in the hand. If the gun is comfortable to hold, and fits your hand correctly, this helps tame the recoil impulse. The gun won’t slip or move in your grip, and won’t beat up the palm when you shoot it.


As to the trigger, you’re looking for two key attributes. If you have to consciously reach forward or backward to contact the trigger, the trigger reach is wrong for you.


Then we have the trigger guard. There’s no such thing as one that’s too big, but there are trigger guards that are too small. You should have no problem getting your trigger finger into the trigger guard. If you have to think about what you’re doing to do so, it’s too small and that’s not an appropriate gun for you.


What you’ll likely find is many guns will fit you well enough to work, but a few will fit you near perfectly. As for my experience, plenty of handguns fit me well-enough, so I can run a Glock, S&W M&P or Beretta 92 without too many issues. However, I get the best fit from 1911s, Walther PPQs, and most CZ pistols and their clones. If I buy another carry gun (more like “when,” am I right?) it’s liable to be one of those.


You might find you’re better suited to something like a Glock 26 or a Beretta APX Carry; it all comes down to the individual. 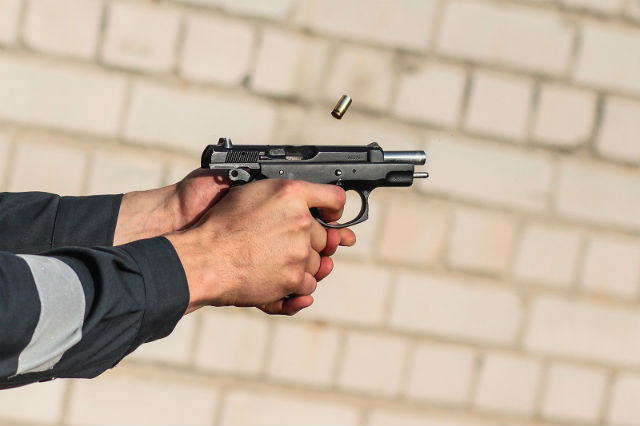 
A lot is said about the right features of a concealed carry pistol, but ultimately what you need more than anything else is a gun that runs reliably, and has sights you can see and a trigger you can use.


What matters more than anything else is you being able to run the gun when you need it, and that’s where the trigger and sights matter.


While you’re in the gun store, handle the pistol. Dry-fire it to get an idea of what the trigger press is like. Can you get your trigger finger on the trigger, and press it easily to the back? If so, that’s a trigger you can use; you don’t need a target trigger to make a gun work. Nice to have? Sure (and that’s a big part of why the 1911 is still so darned popular!) but you don’t strictly speaking NEED it. All you DO need is for the trigger to work easily for you.


If you’re looking at a double-action pistol – semi-auto or revolver – make sure to press the trigger in double-action mode. Some people argue DA/SA pistols aren’t great for beginners and there is something to that, but your choices are your choices.


Be sure to examine the sights. Pick an object and acquire a sight picture. MAKE SURE NOT TO FLAG ANYONE! Point at an object that no one is standing around, preferably an object on or close to the floor. Gun safety doesn’t take a day off because the gun isn’t loaded! 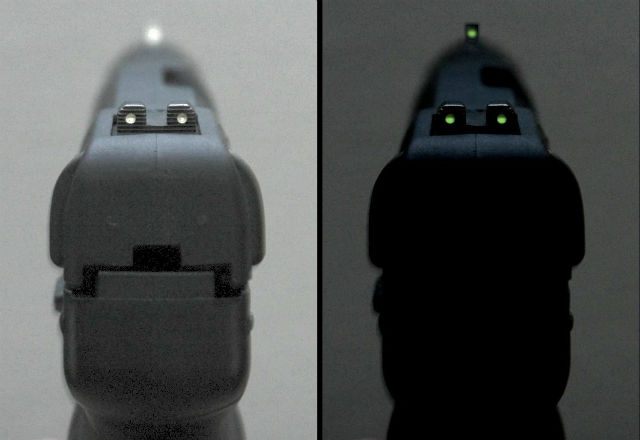 Do you easily pick up and center the sights? Or do you have to strain your eyes a bit to see them?


If you don’t pick up the sights easily, they aren’t very good for you.


Do you have to get the perfect trigger? No, not at all. You just need a trigger that you can work with. Do you need the absolute best sights? Not strictly speaking, no; while it’s nice to have a Kensight or Dawson Precision set, factory sights are fine IF they work for you.


Make Sure Your Concealed Carry Gun Fits Your Priorities 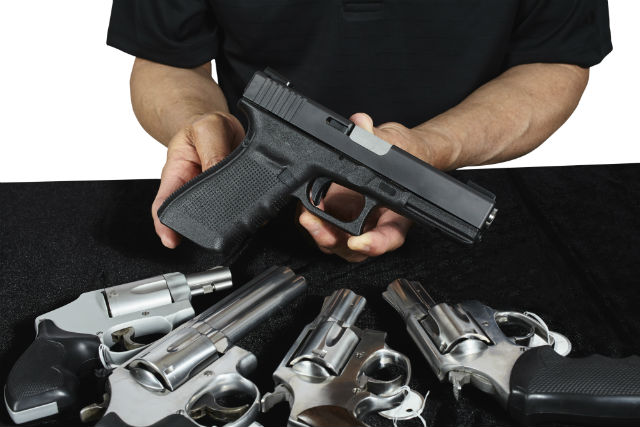 At this point, we could talk about the difference between frame sizes, semi-auto vs revolver…but it’s really more the case that you need to make sure your concealed carry gun fits your priorities.


Do you just want ANY concealed carry handgun that will work, brand name be darned? Is there a particular operating system you’ve considered and think it’s the best? Do you value shootability first and everything else second? Or would you like to strike a balance with all factors considered?


We can’t tell you how to set your own priorities. You have to learn about the different types of firing systems, as well as their limitations. You have to know what you’re getting into before you do it.


Point being, that you need to figure out what your priorities are before going gun-shopping. Remember that a CCW pistol is a tool; it’s not a target gun. Something you need to know is that if you ever have to use it in defense of yourself, it’s likely to be confiscated by the authorities…and you might not ever get it back. Therefore, make sure you can afford to lose it.


Remember also that this gun is going to be on your hip for hours at a time. Pick a pistol that you will shoot well, but that also won’t drive you crazy toting with you. Be prepared to invest in some gear that enables you to carry it comfortably, but that also functions well enough for use in training. A good gun belt and IWB holster would be a good start.


Once you’ve identified some pistols you’re interested in, rent them if possible and shoot before you buy. It’s highly recommended you do so, as that way you know what you’re getting into.


After you’ve made your choice…get to training. The hardware matters so much less than you’d think; the software and the operator make the difference.

Born in southeastern Washington State, Sam Hoober graduated in 2011 from Eastern Washington University. He resides in the great Inland Northwest, with his wife and child. His varied interests and hobbies include camping, fishing, hunting, and spending time at the gun range as often as possible.

Previous: Why Don’t We Make A Holster With A Magazine Carrier?
Next: DARPA has a crappy new idea to help soldiers